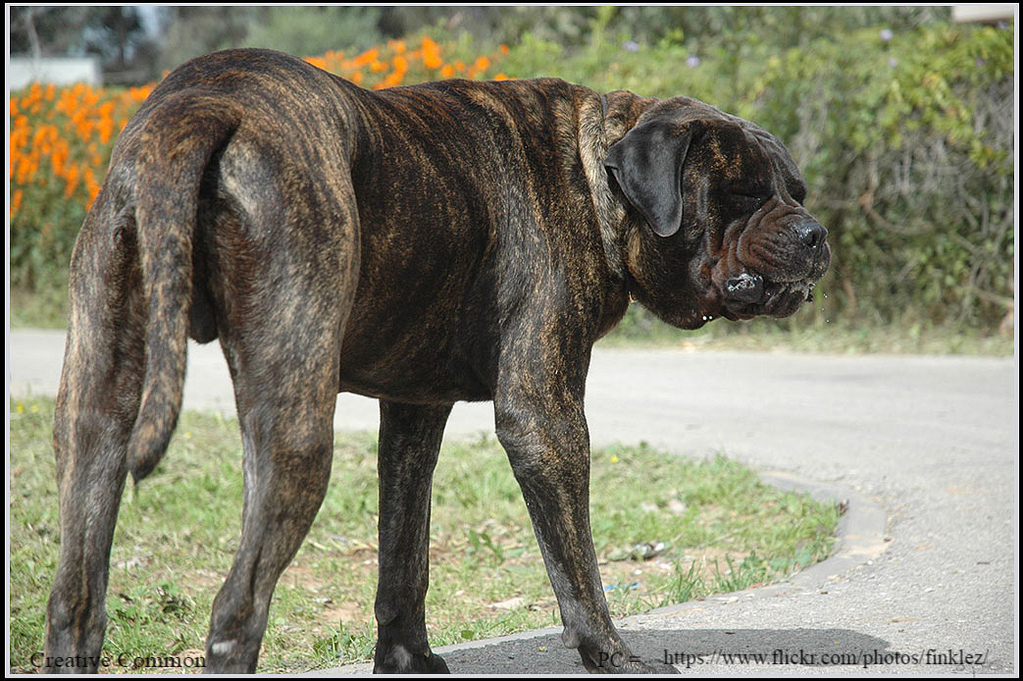 Bullmastiff dog is one of the most popular dog breeds which plays a key role in the protection of its owner.

Bullmastiff dog was originated in Great Britain by the crossing over of two dog breeds, Mastiff dog, and Bulldog. 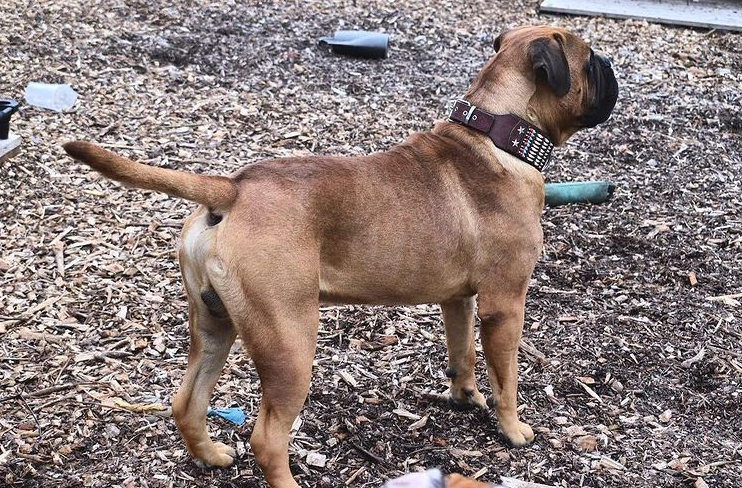 It is considered to be a pure dog breed that shows extreme love and love towards its master. Kids love to play with this dog breed. Bullmastiff dog pleases the kids with its activities.

It contains a short and dense coat that protects it against unpleasant weather such as rain. Protect the Bullmastiff against harsh weather as it may affect the health of this sensitive dog breed.

Pet owners love to take their time in making the right selection about the desired dog breed. The dog breed is chosen on the basis of enormous factors such as characteristics, traits, and appearance.

When it comes to appearance, the Bullmastiff is seen to be a majestic dog. A bullmastiff dog is a muscular dog that fights well with the enemies and bites them with its powerful teeth.

These warrior dogs are available in three coat colors which are accepted by the AKC standards. 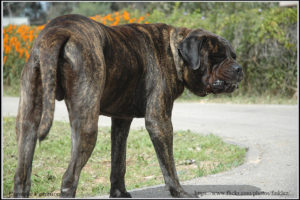 These coat colors include brindle, fawn, and red color. It contains a board and wrinkled skull having black margins on it. The nostrils are large and dark in color.

The face mask is dark in color. A Bullmastiff contains V-shaped ears. The average lifespan of this dog breed is about 8 to 10years.

Consulting a veterinarian on a periodic basis is necessary in order to enhance the quality and duration of the Bullmastiff’s life.

Immediately take your pet to the vet on observing any signs and symptoms of abnormality. Combating the health issues becomes much easier when these are diagnosed at the initial stage.

As discussed earlier that Bullmastiff dog is giant dogs, hence they represent themselves as prominent dog breed which is taller in height.

They can reach up to 27inches in height while the average weight depicted by the Bullmastiff dog ranges from 110 to 130 pounds.

These are prone to a number of health issues. Maintaining good hygiene and feeding the dog with balanced nutrition aids a lot in preventing a number of diseases.

Owners should take good care of their pets and provide them an extra layer of care. Bullmastiff dog is relatively calm dogs but their snoring is quite disturbing.

They snore quite loud so that the people sleeping in the surroundings have to face difficulty. Bullmastiff dog is the warrior dogs which respond well to the training.

They should be trained and socialize in their early life. They are quite familiar with the voice of their master.

Bullmastiff follows the instructions and directions provided by its master. This dog breed is highly obedient. Bathe them when required. They are not problematic in terms of shedding.

It falls into the category of pets which shed moderately. Hence, one does not need to feel stressed about the cleaning. Their hair is stiff and short and can be easily cleaned by the use of a vacuum.

Use a brush having rubber curry on it for the regular brushing Bullmastiff dog. It removes the dirt and debris from the dog’s coat.

Bullmastiff dog tail docking is basically a procedure in which the portions of the tail of a Bullmastiff dog are cut off. Both docking and bobbing terminologies are used for indicating the cutting of the tail.

Bullmastiff contains a powerful and strong tail that is kept high. The tail is tapered in order to adorn the Bullmastiff dog. The tail of the dog can be curved or straight. 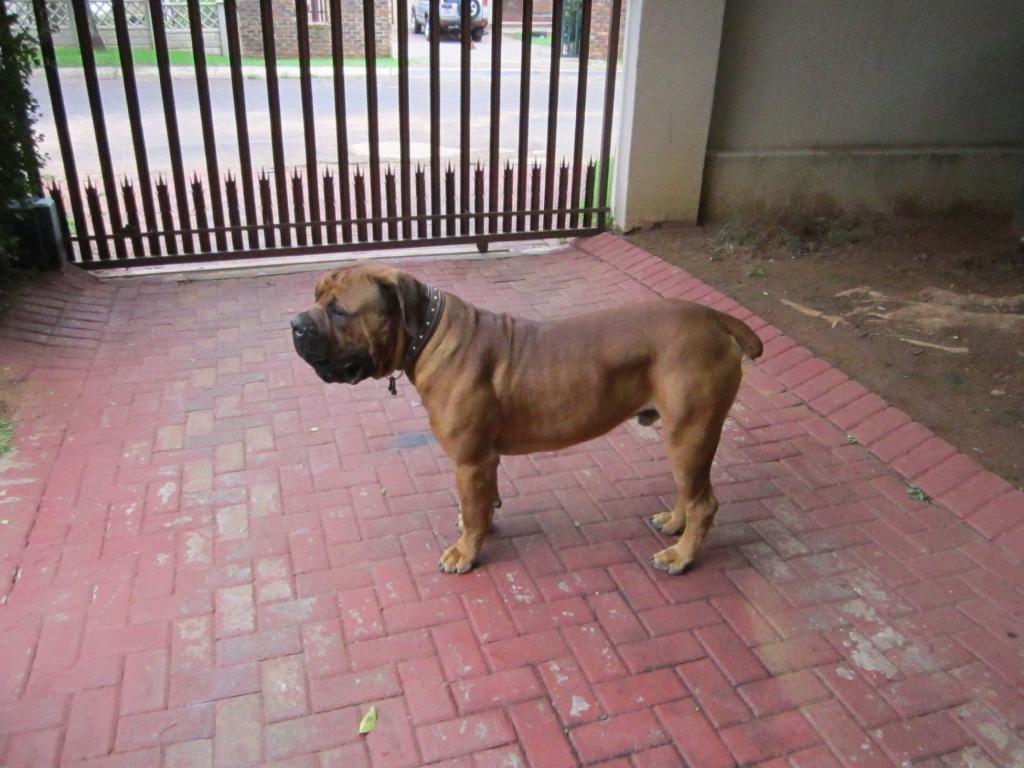 In the first method of tail docking, the tail of the Bullmastiff is tied with the aid of a rubber ligature. It is tied for a few days. The purpose of this method is to tie the tail until it falls off.

It works on the principle of constructing the blood supply. The supply of the blood to the dog’s tail is hindered and on optimum constriction, the tail gets removed from the body.

The second method for Bullmastiff dog docking includes the use of the surgical scalpel or scissors for the removal of the dog’s tail. The length required for removing the portion of the tail is being chosen by the dog owner.

Is it lawful to crop the ears of the Bullmastiff dog?

Ear cropping is a method in which the ears of the Bullmastiff dog are trimmed. Ear cropping can be done by a number of methods.

Selecting the wrong method can lead to serious consequences such as ear infections. Many people want the cropping of their pet and are found to be exploring the laws related to it.

One of the most important queries about ear cropping is that is it lawful to crop the ears of the Bullmastiff dog.

Ear cropping is a surgical procedure that is being adopted for making the dog look stylish, trendy, and fashionable. 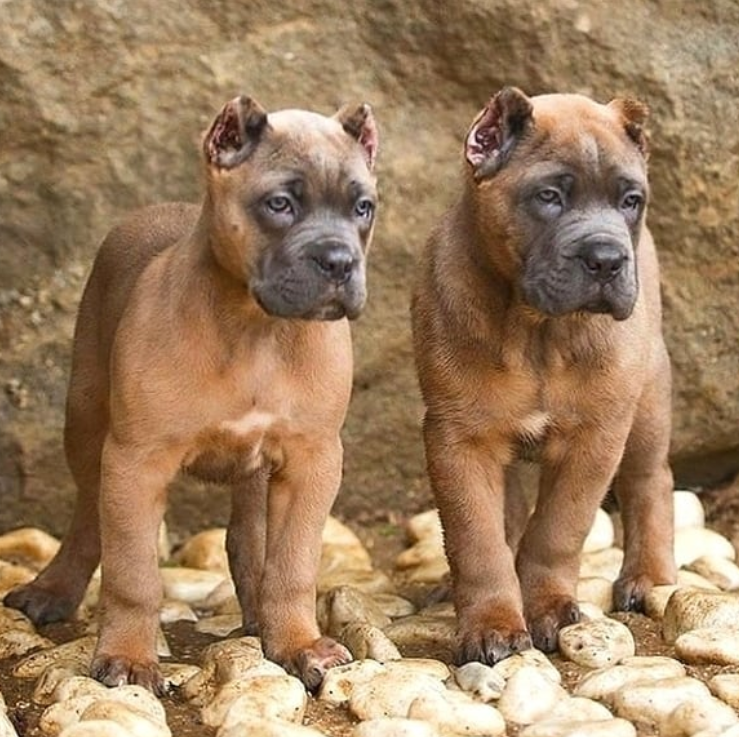 Such surgical procedures hurt the dog and are not prove to be beneficial for the health of the dog.

It is unlawful to perform Bullmastiff dog tail docking and Bullmastiff ear cropping on your own.

If you want to adopt these surgical procedures for your beloved pet then it is better to consult a veterinarian. Anesthetize the dog before initiating any cosmetic surgery on your pet.