Bullmastiff is a hybrid dog which was originated from the breeding of two brilliant dog breeds, named Bulldog and Mastiff dog. Hence, it comprises of characteristics of both dog breeds.

It is one of the highly popular dog breeds which is liked by the majority of people. If you are planning to buy this amazingly brave and courageous dog breed then you must be aware of the  Bullmastiff puppy and dog whining issues.

Does it include satisfying the queries regarding Why do bullMastiffs whine? How can they stop, why does my bullmastiff dog keep whining at me, 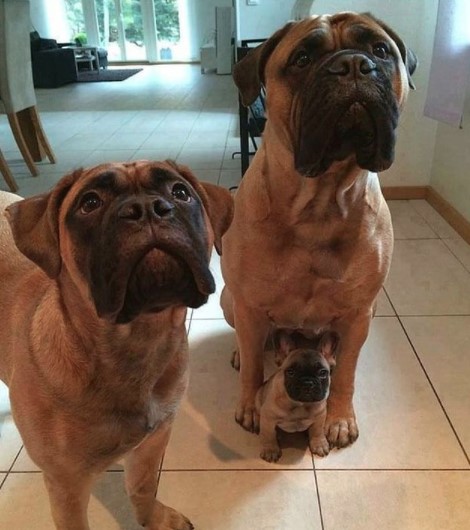 Why do bullMastiffs whine? How can they stop?

Bullmastiff dog even a puppy is brave enough to protect its master from harm and enemies. Children love to spend their time with the Bullmastiff puppy.

This pet contains a large broad skull and a black face mask which is a clear identification of this dog breed. Bullmastiff is generally a calmer dog breed that is not notorious for making noises.

Yet, sometimes the whining can be seen in them. If you are experiencing the Bullmastiff whining then find out the reason for it, in order to stop it.

Why does my bullmastiff dog keep whining at me?

Bullmastiff dog usually exhibits whining due to separation anxiety. The change in the dog’s behavior should be observed at the early stage in order to get optimum outcomes.

Bullmastiff dog is quite social and loves the attention of its master. Spend time with the dog and provide extra care to them when you observe a change in their behavior such as sudden whining.

Why does my dog keep crying in the middle of the night?

Just like humans, pets also demand love and care. Depriving the pet of social interaction and taking it for granted can make them feel unimportant and alone. Dogs express their loneliness by whining. 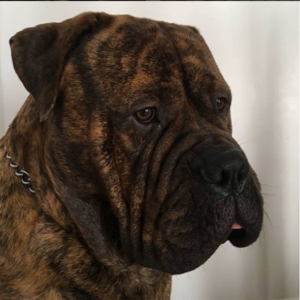 The dogs who sleep alone are at a higher risk of whining. Bullmastiff dog can enjoy its life for a duration of 8 to 10 years.

Bullmastiff dog contains three beautiful coat colors. According to the AKC standards, these colors include brown, red, or brindle.

How do you get a bullmastiff puppy to stop whining?

Bullmastiff  Puppy and Dog Whining Issues can be treated by the training. Eliminate the cause of depression that leads to the barking or whining of the dog.

When the dog is whining loudly and persistently then a firm command can work out the best. Shifting to a new home can also contribute to feelings of loneliness, which ultimately results in barking. 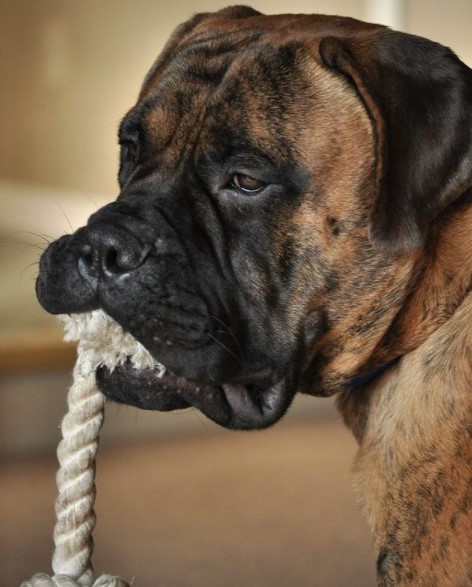 When a dog howls at you then it means your pet wants to say something to you and wants to communicate to the master. Sirens, the sound of high pitch such as of vehicle or musical instrument can cause dog’s howling.

One can consider taking their pet to the vet for treating the Bullmastiff  Puppy and Dog Whining Issues.