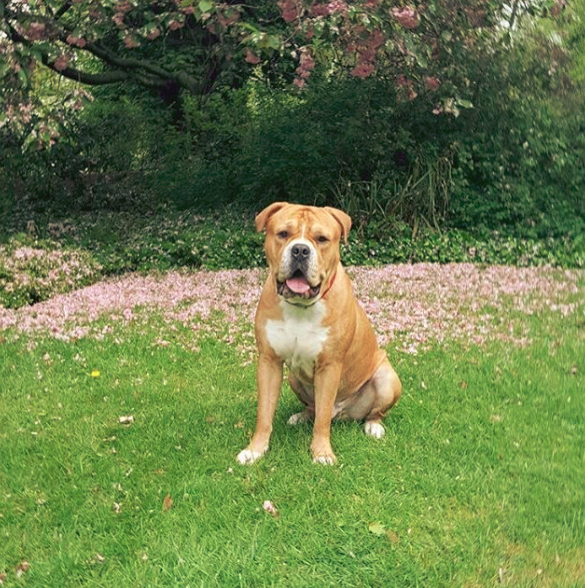 Let’s have a glance at one of the most interesting hybrid dog breeds, namely the American Bulldog Mastiff Mix dog.

They are of friendly nature and spend a good time with the kids. Hence, the owner does not need to worry about their kids when they are playing with their beloved pet.

Appearance-wise,  these give agile look and seem to have eminent musculature. They have the traits and characteristics of both parents. They are relatively inactive indoors while performing well outdoors. 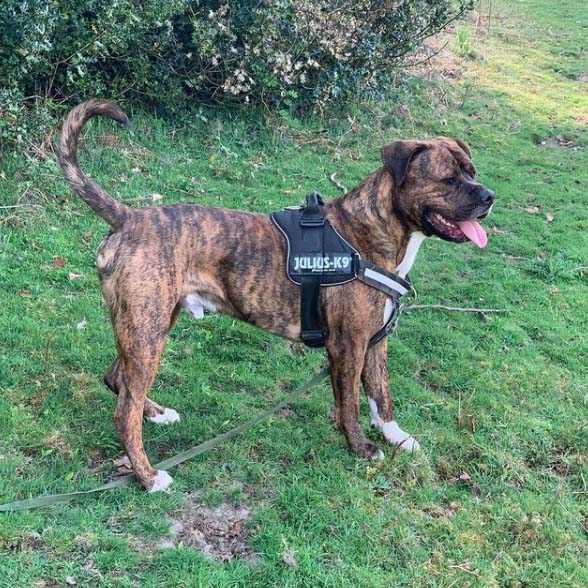 This obedient and protective dog breed has white markings on its body. These dogs slobber and drool a lot.

These confident dogs are docile, loyal, brave, and intelligent. The female American Bulldog Mastiff mix is generally a bit smaller than the male dogs.

Their height usually ranges from 25 to 29 inches. The average weight of Americal Bulldog Mastiff Mix ranges from 100 to 140 pounds.

The majority of the American Bulldog Mastiff Mix is black brindle in appearance. However, these also have other fabulous coat colors too. These stunning coat colors include tawny, blue, black, and red. 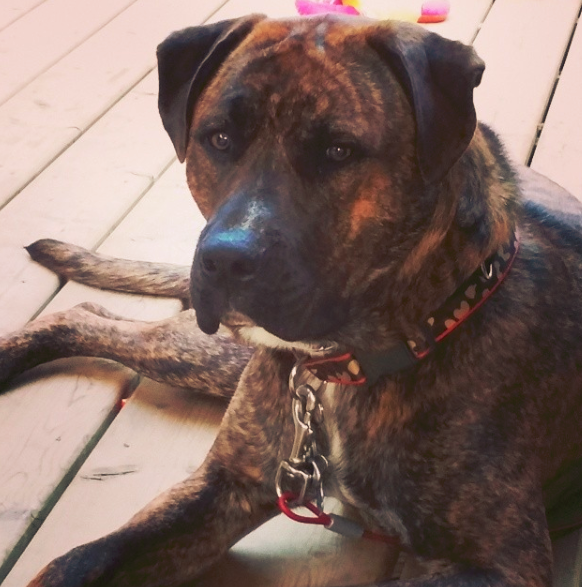 The coat of this giant dog breed is short. Maintenance and grooming of the coat are quite easy. They do not shed much. Hence, owners do not have to spend much of their time cleaning the hairs from here and there. It is a recognized dog breed from the ACHC (American Canine Hybrid Club).

If you are going to become a dog owner for the first time then the American Bulldog Mastiff mix is a good option for you. The average life expectancy of this beautiful dog breed is approximately 10 years.

These are amazing dogs for exercise. Its litter size is about 2 to 5 puppies. The rubber brush is ample to remove the dead hair. These dogs perform the role of guarding the owner.

The health issues of your beloved pet can affect the activities of the dog. It also disturbs the owner as well. The dog becomes unable to enjoy its life and does not respond the way it was before. 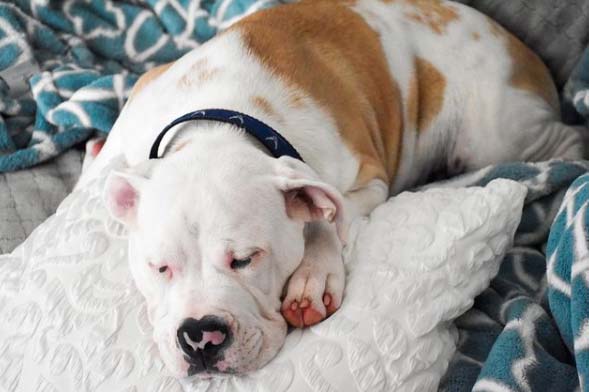 Hence, it is necessary to consider a balanced diet and regular exercise in order to avoid such scenarios. Their health issues are similar to their parent dogs such as eye disorders, skin disorders, elbow dysplasia, hip dysplasia, etc.

Looking to explore the marvelous facts about Bulldog Mastiff Mix dog?  If yes, then stay tuned to know more!

Feel free to contact us for the advertisement of your puppy and dog. We will help you in selling your dog by advertising it on our website.