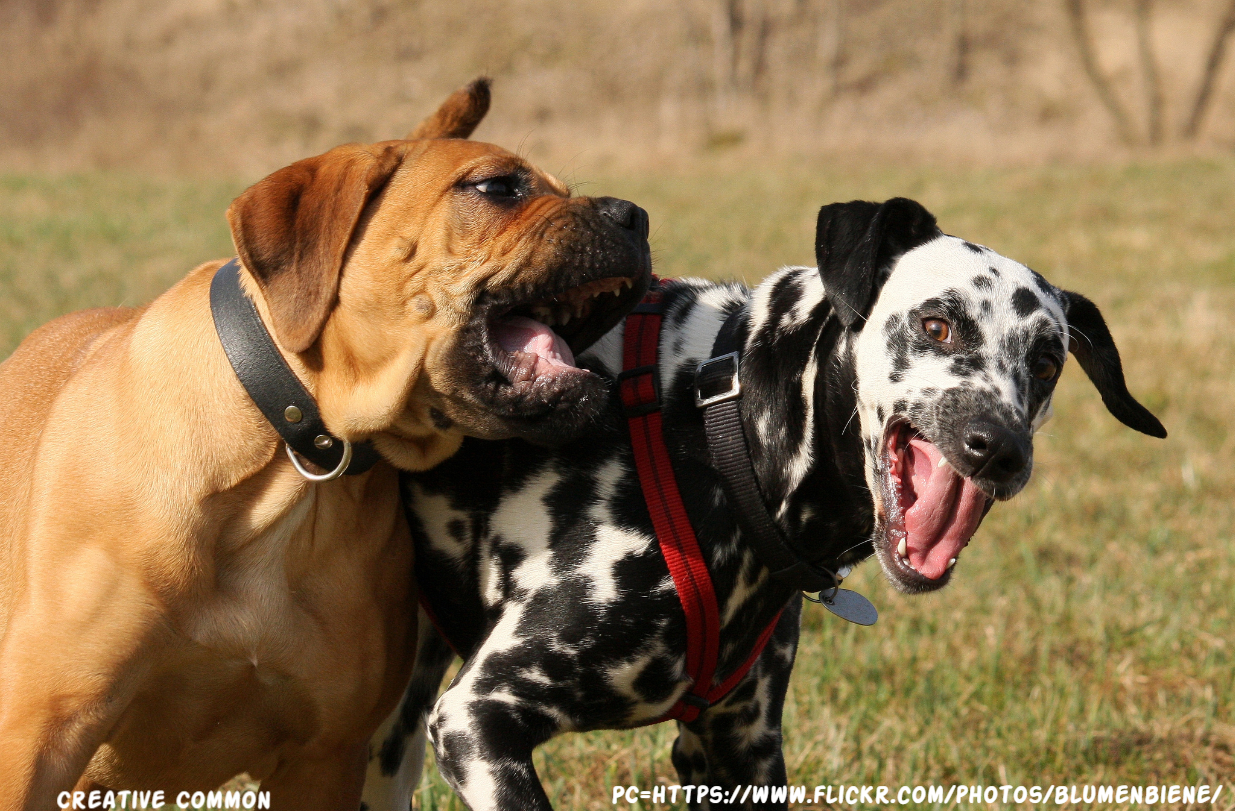 Bullmastiff dog was originated in Great Britain by the crossing of the two dog breeds which include Bulldog and Mastiff dog.

Bullmastiff dog is highly intelligent and alert dogs which are muscular and massive. 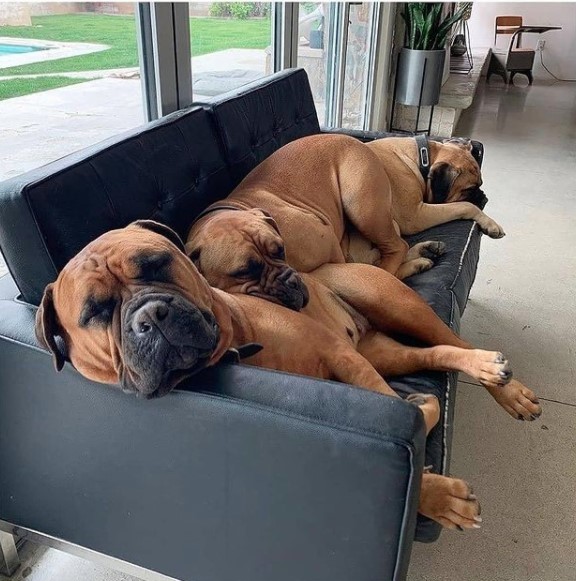 Pets are an important part of one’s family. People like to care for and love their pets and enjoy playing with them.

Bullmastiff dog is one the oldest known dog breed which contains the traits of both Mastiff dog and Bulldog.

How Reliable Are Bullmastiff Dogs?

Their priority is their owner’s security. They are highly obedient and listens to the commands of their master. These are fearless and brave dogs that are liked by the majority of the world throughout the world.

Bullmastiff is a domestic dog that leaves no stone unturned in pleasing its master. 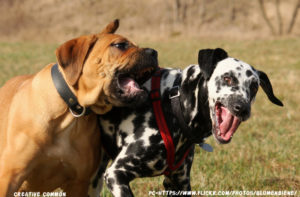 Bullmastiff dog requires low maintenance. They shed moderately and hence are considered an amazing dog breed in terms of hygienic. Maintenance of the Bullmastiff dog is quite easy.

Bathe them when required. Use a good quality shampoo for bathing purposes. They do not get messy easily. Use a brush having rubber curry on it.

Brush the coat of the Bullmastiff dog on a regular basis in order to keep it clean. The dust, dirt, dandruff, and debris get removed from the dog’s coat.

Bullmastiff can be distinguished from other dog breeds on the basis of its black face mask.

How  Protective are Bullmastiff Dogs?

Bullmastiff is a fighting dog that leaves no stone unturned to protect its master from the enemy. Even, a puppy of this breed depicts a protective nature.

Their protective nature can be better explained by the fact that the Bullmastiff dog biting is enough to injure the enemy badly.

Bullmastiffs can feel the danger and respond quite alertly in order to combat the issue. It attacks the enemy with its solid strong and powerful giant body. 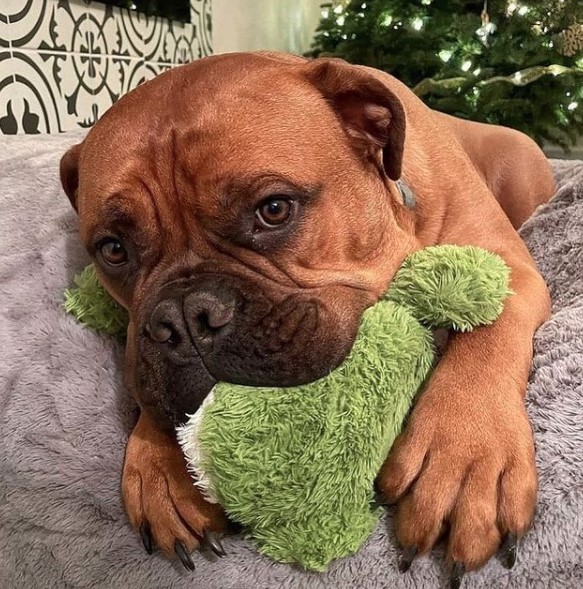 Bullmastiff barks on the enemy and bites it with its teeth with full force. Its bite is strong enough to endanger the life of the enemy.

One should immediately seek the medical attention after being bitten by the Bullmastiff. The enemy gets serious wounds and bleeding from the biting.

Bullmastiff dog temperament is ideal in order to select it as the family pet.

Bullmastiff dog is relatively quiet and calm dogs which are being confused as aggressive dogs because of their fighting and attacking nature.

Bullmastiff dog lives its life for an average lifespan of 8 to 10 years. They are relatively taller dogs and can grow up to 27 inches in height.

The average size of the powerful Bullmastiff dog ranges from 110 pounds to 130 pounds. It contains large nostrils which are dark in color.

These methods are being adopted for the dogs that are to be taken in the dog show. For the ears, the method of ear cropping is used while for the tail, the docking method is used.

Bullmastiff dogs remain quiet unless they feel any danger around. The danger is the basic alarm that turns the calm temperament of the dog to the wild and fighting one.

Bullmastiff dog barks at strangers or cats. It barks in feeling danger around. The barking of the dog is surely problematic for the neighbors but the owners of the Bullmastiff dog do not feel to worry about it.

The ideal Bullmastiff dog temperament is seen when it is free from tension and enjoys its life. Such life is possible when the owner takes good care of it. 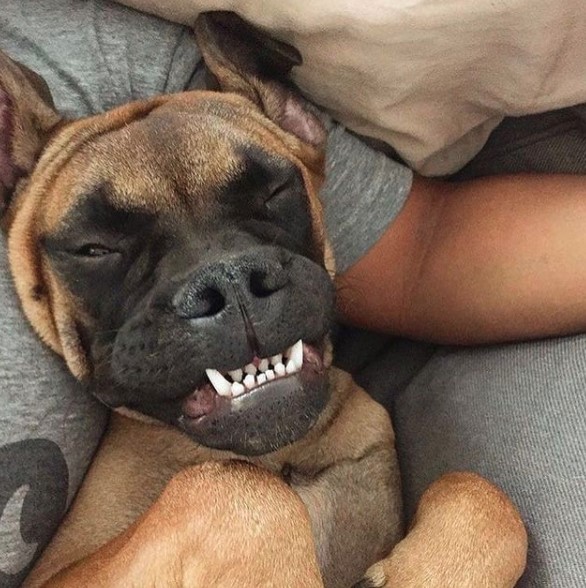 The diet of the Bullmastiff dog should be proper and must be divided into two or more portions per day.

It is better to provide the meal twice or thrice per day rather than a single meal. A balanced diet plays a key role in the proper development of the body.

A bullmastiff dog is a sensitive dog that should be protected from a harsh environment. In the extreme summers, keep the dogs protected from the harmful sun rays by keeping them inside the home.

Place the dog house in a cool place and do not tie the dogs outside the home. Else, the chances of dehydration and sunburns enhance. Likewise, in the extreme winters, use a sweater to keep the dog safe and sound.

Keep the dog house inside the home and provide a warm diet to it. A warm diet is beneficial in protecting the dog from being ill.