In addition to this, Bullmastiff dog mast cell tumors and surgery is also a serious issue. Bullmastiff dog is a hybrid of two fabulous breeds of dog namely, Mastiff and Bulldog.

Symptoms and causes of Arthritis in bullmastiff dog:

Strenuous exercise or genetic factors can lead to arthritis. It can be estimated from the symptoms given below:

How do you know if your bullmastiff dog has arthritis?

One can easily come to know that the beloved pet is suffering from arthritis when it shows to have pain in its limbs. A sudden hesitation in walking and exercise depicts arthritis. The physical activity of the dog becomes diminished.

How to Tell If Your bullmastiff Dog Has Arthritis?

Knowing the risk factors causing arthritis are mandatory to be known to the master of Bullmastiff dog. It aids the owner to figure out and tell that the dog is suffering from arthritis. Sudden changed in Bullmastiff behavior, habit and lifestyle are a clear indication of health disorder.

When these are associated with movement then one should be vigilant enough to take the dog to the vet in order to confirm arthritis.

What do you give a dog for arthritis pain?

The arthritis pain can be treated by the use of medications such as NSAIDs. Some of the commonly used medication for the treatment of Bullmastiff dog arthritis are Rimadyl, Palaprin, Adequan, and steroids. Rimadyl is a pain reliever while Palaprin is an aspirin.

There is an injection named, Adequan which is administered to the dog for repairing of cartilage. The joint fluid which has been reduced during arthritis is produced as an effect of this injection. Dexamethasone is a steroid which aids in diminishing inflammation.

Cure of arthritis in bullmastiff dog:

Bullmastiff dog arthritis is an incurable disease but the treatment is possible. Arthritis mostly affects adult or geriatric dogs. Osteoarthritis is one of the most common diseases of Bullmastiff dog. It can live its life for an average of 8  to 10 years.

These should be feed on properly balanced and nutritious diet. These are best-known dog breeds for socializing and training purpose. Training them is a fun! 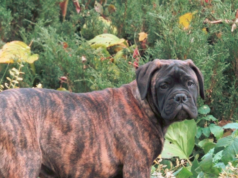 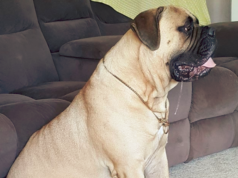 Do Bullmastiff Drool A Lot?

www.bullmastiff-info.com is also a participant in the Amazon Services LLC Associates Program, and we get a commission on purchases made through our links.
Contact us: [email protected]